Borderlines Film Festival brings big-screen cinema back to 20 venues in the large rural area that spans Herefordshire, Shropshire, Malvern and the Welsh Marches after a gap of two years.

Borderlines Film Festival brings big-screen cinema back to 20 venues in the large rural area that spans Herefordshire, Shropshire, Malvern and the Welsh Marches after a gap of two years. Tickets for the 17-day festival, which runs from Friday 4 to Sunday 20 March are on sale from this Friday 28 January.

As ever, Borderlines, programmed by a team at the Independent Cinema Office, is packed with goodies. Highly anticipated are The Duke, starring Jim Broadbent as Kempton Bunton, the singular character who in 1961 filched the Goya portrait of the Duke of Wellington from the National Gallery, the stunning new Pedro Almodóvar release Parallel Mothers with Penélope Cruz, and Bradford-set love-story Ali & Ava from director Clio Barnard.

The festival boasts a record 32 films screening prior to their UK release, with two exclusive opportunities, in Hereford and at Malvern Theatres, to preview British comedy The Phantom of the Open, in which Mark Rylance plays hopeless aspiring golfer Maurice Flitcroft. The screening on the evening of Friday 4 March at The Courtyard in Hereford is the Festival Opening Gala.

Other previews to look out for are Compartment No. 6 from Finland, a booze-fuelled rail journey to the most northerly reaches of Russia, Bergman Island, a tease of a film-within-a-film set on the Swedish island of Fårö, and Hit the Road, an Iranian family road trip with a twist.

For the first time, a virtual programme of 10 titles yet to be released in this country will stream concurrently with the main festival. This builds on the success of 2021’s online festival, which reached substantial audiences across the United Kingdom through the Eventive streaming platform.

Among this collection of films are the three award-winners (How I Became a Partisan, Erode and Gipsy Queen) from the Ake Dikhea? Roma Film Festival in Berlin, cementing Borderlines’ commitment to providing a showcase for Gipsy, Roma and Traveller filmmaking.

Borderlines, the UK’s largest rural film festival, is supported by the BFI, awarding National Lottery funding, the Elmley Foundation and Hereford City Council and, as well as its core venues – The Courtyard in Hereford, Malvern Theatres, Ludlow Assembly Rooms – it brings all the excitement of a major film event to market towns and to village halls and community centres across the Flicks in the Sticks network.

After a 2-year gap, it will be wonderful to be back in venues and see familiar faces, to watch films together and be able to talk about them straight away, face-to-face. We’re so pleased to be in a position to celebrate our 20th Festival with our audiences in person and in cinemas. Do join us!

One welcome aspect of returning to venues is the ability to resume the glorious practice of screening silent films with live musical accompaniment. In collaboration with long-standing partner South West Silents, the Festival is showing two silent Arctic-centred documentaries: 1922 classic Nanook of the North at Malvern Theatres with live piano from Meg Morley and The Airship Norge’s Flight Across the Arctic Ocean (1926) with live musical accompaniment by Stephen Horne. Both musicians are experts in their field.

New for 2022, Borderlines presents ‘Chills in the Hills’, a short season of rural horror, supported by Film Hub Midlands through funds from the National Lottery. The horror genre has seen a resurgence over recent years, especially among young female directors, and this trio of films Iceland (Lamb), Wales (Gwledd/The Feast) and Scotland (Shepherd) plunge you into remote and atmospheric locations where anything can happen. And it does!

Another highlight of the Festival is a group of films from Belgium (Lola and the Sea) New Zealand (Rūrangi)and Spain (Sediments) that foreground transgender characters, celebrating the variety and detail of their experience instead of standardising it.

The Festival brochure with details of the entire programme is now available to download from the Borderlines website.

Tickets and passes for both the live and online sections of the Festival go on sale from Friday 28 January through borderlinesfilmfestival.org and in person or by phone through The Courtyard Hereford (01432 340555). 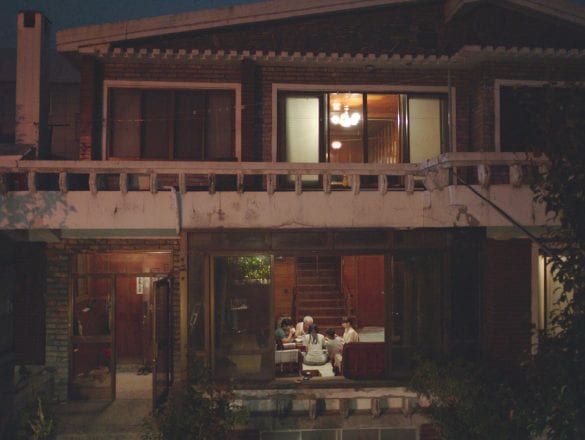 In its 19th year, Borderlines Film Festival launches this Friday for the first time as an online festival, running until 16 April 2021. 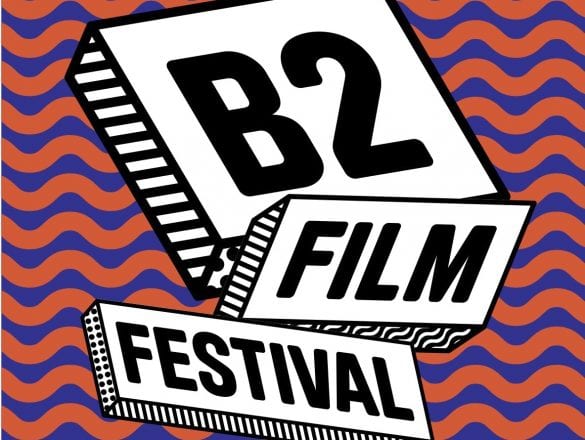