In this This Way Up conference, the themes were Resilience, The Future, Celebration at a time when all of these seem hard to confront. It is heartening that the sector has elected to officially espouse the Culture Declares Emergency cause; this is something that my organisation has been considering and will now action.

Of the keynote speeches, the strongest for me was from Rabat Ghazoul from Cardiff-based Gentle/Radical, carrying out deep-rooted cross-arts outreach community work since 2004. What resonated was her questioning of the assumptions we make around culture, as much as politics. What does culture look like? Who defines it? Whose voices are heard? We easily take for granted that diversity means bringing marginalised people into mainstream spaces – enabling us to tick boxes – but this ignores the dynamics of power, entrenched into the way we think.

Rabat cited the tiredness of the label ‘World cinema’ that we use to classify certain foreign language films as somehow ‘other’. It’s a difficult term, and a redundant one. The Gentle/Radical Film Club was finding that audiences weren’t turning up to see films – labelled in this way – that reflected them. Moving away from this, making ALL individuals visible, rather than boxing them into categories, involves an industrial amount of labour and commitment, providing space to watch and support and meet.

The sense in which language quickly becomes stale and tired was echoed in the Reaching Your Target Audience session on Day Two by Rico Johnson-Sinclair, Director and Programme at CineQ when he cautioned, “Don’t use word the word ‘diverse.’ It’s a blanket.”

Rico also set his audience the task of devising and marketing an example of a notional event. If there was one criticism I had of TWU19 it was that too many of the sessions involved sitting and listening. I found the lunchtime quickfire Show & Share sessions interesting for their variety and the format of the Reverse Question Time, in which a panel of young BFI Film Academy participants put questions to the audience, was refreshing. And it was followed by a leap into the very different landscape of the past through Tony Jones’s fascinating career, A Life in Pictures. Respect.

The Planning and Resilience break-outs were perhaps the only real opportunity, other than networking, for discussion in smaller groups. The most potent takeaway from the Film Festivals group for me was the need for advocacy, working collectively for more muscle for recognition of the value of what we do (it’s encouraging that the BFI is to undertake research into the ‘Festival Effect’) and the cost of how we do it (issues of overwork and underpay). And there was endorsement for the importance of giving a voice to film in the regions from the keynote speech of Mike Williams. Sight & Sound’s new Editor-in Chief talked about his own path into film through buying bootlegged VHS videos from a van that paid regular visits to the council estate where he lived in Wrexham, a non-metropolitan experience indeed.

Jo received a bursary from Film Hub Midlands to attend the This Way Up conference. 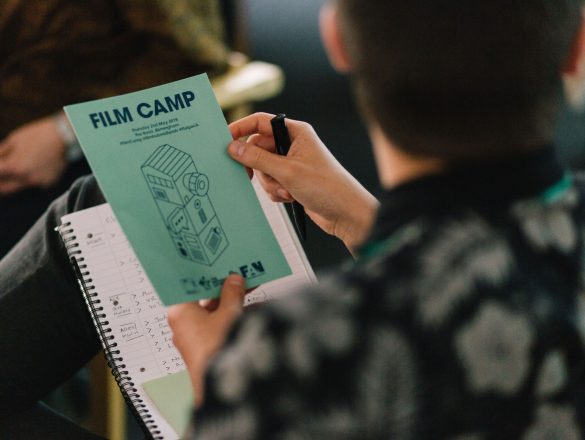 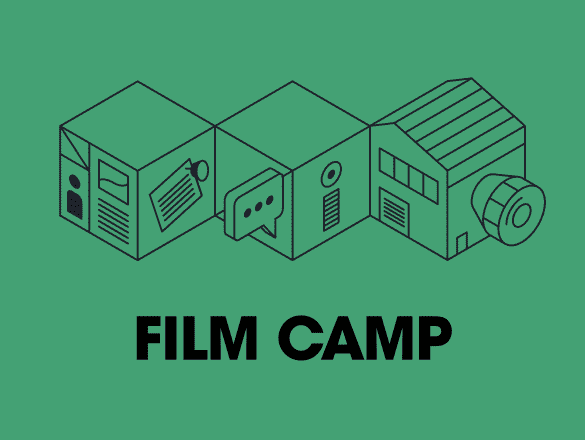 Join us at Flatpack Film Festival in May to explore fresh approaches to showing films.