Light After Dark Film Festival: Cinema of Dreams and Shadows.

This March, a new immersive film festival launches across a number of cultural organisations in Nottingham.

This March, a new immersive film festival launches across a number of cultural organisations in Nottingham.

Delivered in partnership between Nottingham Contemporary, Broadway Cinema, Nottingham Playhouse and the University of Nottingham; Light After Dark Film Festival: Cinema of Dreams and Shadows is a film festival dedicated to immersive experiences in cinema. Pairing films with performance, music, technology and art to give audiences a deep, intimate, and collective encounter with film.

Nottingham Contemporary has been experimenting with immersive cinema for a number of years now, and we’re delighted to be working with such a dynamic group of partners to celebrate and explore such a unique and thought-provoking topic here in Nottingham

Events will include a screening of the Fritz Lang classic METROPOLIS (1927) with a live score from local band 8mm Orchestra at Broadway Cinema, FACADES, a unique film noir experience in Virtual Reality at Nottingham Playhouse, and CONJURING THE CINEMATIC - a roundtable about how cinema (as ritual) is a medium for articulating dreams and accessing our unconscious with the University of Nottingham.

On 26 March Nottingham Contemporary will host A NIGHT AT THE END OF THE WORLD. You are invited to a dream. It’s a club where chorus girls dance, old movies swirl above like memories, and fortunes are told. Drinks flow and music sways, but amidst the glitter there is sweet melancholy: the world ends at midnight. Join us for an immersive and interactive cinematic experience that blends film, performance, live music, and other happenings.

Nottingham Contemporary is coordinating the festival, which is supported by the BFI Film Audience Network.

Light After Dark Film Festival has been made possible with support from Film Hub Midlands through funds from the National Lottery. Film Hub Midlands support people to watch, show, and make films in the Midlands. 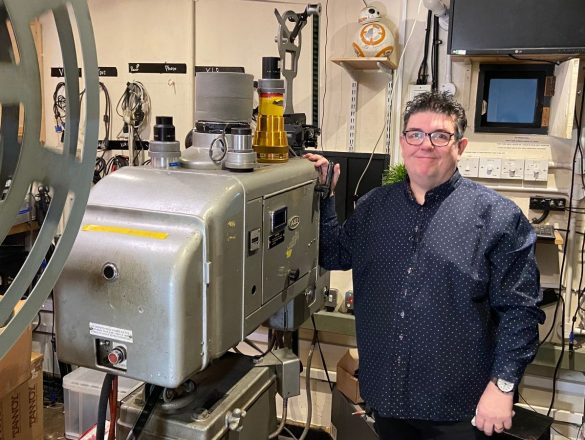 We caught up with Kevin a month after the Electric’s doors had reopened. 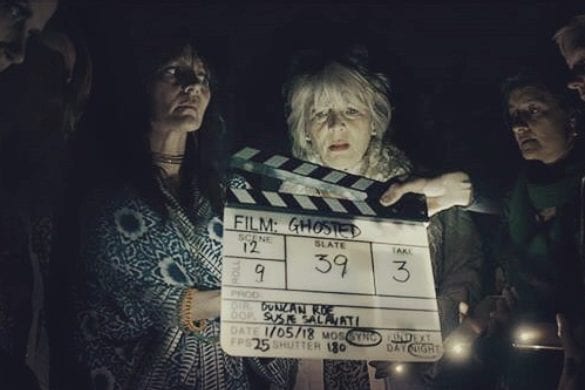 The first short to be produced through BFI Network in the Midlands is GHOSTED, from Nottingham-based writer/producer Katie Redford and award-winning director Duncan Roe.