The Greatest Show on Screen comes to the Midlands.

Scroll down THE LEGEND OF THE STARDUST BROTHERS (1985)

The BFI today reveal the programme of UK-wide events taking place as part of BFI MUSICALS! THE GREATEST SHOW ON SCREEN, the UK’s greatest ever season celebrating the joyful, emotional, shared experience of watching film musicals on the big screen.

Across the Midlands, highlights include:

Broadway Cinema (Nottingham) will feature Kino Klassika’s Melodia! tour of Soviet musicals from 5-26 January (see UK-wide tours section) as well as screenings of musicals from the ICO tour. Broadway will also screen the underrated musical sequel Grease 2 (Patricia Birch, 1982) on 1 November, complete with an introduction from author Helen Cox, who will highlights the film’s feminist angle, and followed by an 80s karaoke night. Another musical sequel Shock Treatment (Jim Sharman, 1981) will be screened on 2 November; this follow-up to The Rocky Horror Picture Show, will be followed by musical drag performances including from local drag artist Scarlett Tiara.

One-off events in the Midlands will include site specific screenings of Easy to Love (Charles Walters, 1953) at the historic Moseley Road Baths (one of the last remaining grade II listed Edwardian swimming baths in UK) and White Christmas (Michael Curtiz, 1954) in Birmingham Cathedral, both presented by Flatpack in Birmingham. We Are Parable’s The Art of the Black Visual Album will tour also to Birmingham with screenings of Purple Rain on 2 November and Shiro’s Story on 5 December, both at MAC Birmingham. Also at MAC Birmingham will be a one-off screening of epic Indian musical Pakeezah on 2 November. Meanwhile Stoke Film Theatre (Stoke-on-Trent) will screen Cabaret on 21 November. Friday Night Bollywood presented by Victoria Park Productions will celebrate the best Indian musicals throughout November at the Mockingbird Cinema (Birmingham). These include Pakeezah, Sholay (Ramesh Sippy, 1975) and Dilwale Dulhania Le Jayange (Aditya Chopra, 1995). In January there will be a season celebrating poet and writer Javed Akhtar presented by Phizzical productions in Coventry, with screenings including Veer-Zaara (Yash Chopra, 2004), and Dil Dhahakne Do (Zoya Akhtar, 2015).

There will be musicals seasons at venues across the region including The Regal Cinema (Melton Mowbray) who will screen Cabaret, A Star is Born, Sweet Charity and Singalong Calamity Jane, and The Venue (Lincoln) who will show films such as Yentl, Top Hat and Carousel between October and January. Arts Alive will ensure that village communities across the West Midlands can take part in BFI Musicals from October – January, with screenings of Cabaret at Cawley Hall, Eye and Leintwardine Village Hall; Call Me Madam (Walter Lang, 1953) at Coalbrookdale & Ironbridge Community Centre; Top Hat at Much Birch Village Hall and Guys and Dolls at Whitchurch and Ganarew Memorial Hall. Other cinemas who will announce details of their BFI Musicals seasons soon are Northampton Filmhouse (Northampton), and Light House Media Centre (Wolverhampton).

BFI Musicals is a celebration of musicals on screen, led by BFI, the Independent Cinema Office and Film Hub Midlands on behalf of the BFI Film Audience network, supported by funds from the National Lottery. 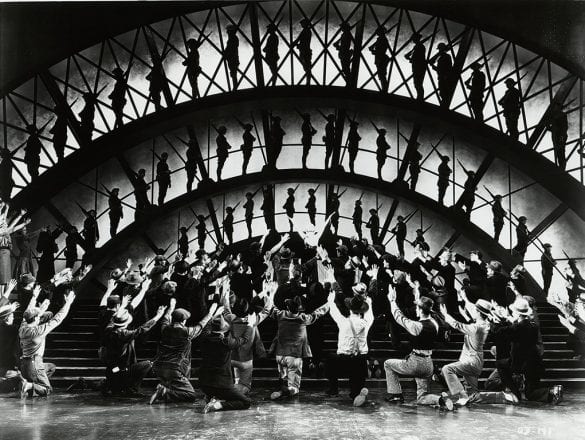 BFI Musicals will celebrate the spectacle and craft of Musicals on film. A Nation-wide cinema season coming in Autumn 2019, led by BFI, the Independent…