The 13th edition of the Short Cinema, Leicester’s own international film festival, will take place from Monday 19 to Saturday 24 August 2019, once again shining a light on extraordinary filmmaking from both the Midlands and around the world

The 13th edition of the Short Cinema, Leicester’s own international film festival, will take place from Monday 19 to Saturday 24 August 2019, once again shining a light on extraordinary filmmaking from both the Midlands and around the world.

From its origins as a pop-up, one night event held in a local pub, the Short Cinema has grown into a renowned six-day festival, held annually at Phoenix cinema and art centre. The festival gives new and established filmmakers an opportunity to see their work on the big screen, and introduces audiences to new talent and stories that they might not otherwise have a chance to experience.

The festival's closing gala – which this year will be on Saturday 24 August – continues to showcase regional talent, with films from around the Midlands competing for the “Best in Festival” award.

But this year’s six-day festival is the biggest yet, featuring an International Programme; film premieres, such as Leicestershire-born filmmaker Thomas Whitworth’s Kenyan-shot Poacher; and experimental films like Alex Rühl’s VR short Keyed Alike; alongside curated screenings covering a range of themes and genres, with family films, horror shorts and films representing the best of British talent.

This year's programme also features screenings in association with the IRIS Prize and Oska Bright, presenting award-winning LGBTQ+ films and shorts made by talent with learning disabilities, highlighting stories that are less often told.

For those already in the industry or hoping to be, there are opportunities to learn more about how to access and apply for film funding, with events held by BFI NETWORK.

t’s also very much about showing love to local film. We have an incredible amount of talent in the region and it doesn’t always get its due. 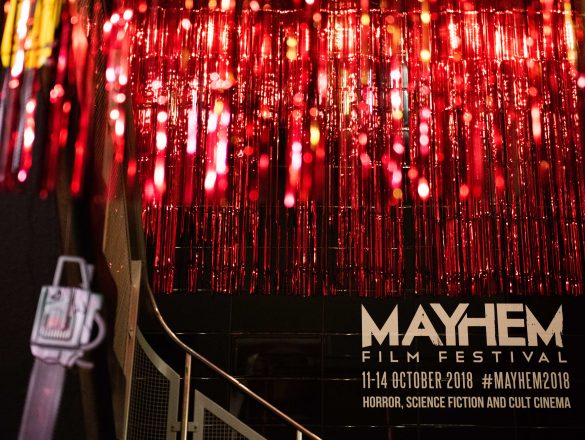 A selection of the film festivals taking place across the year across the Midlands.