After a two year hiatus Indie-Lincs International Film Festival is back for 2022. The festival will show 28 original, independent films from across the globe at Lincoln Performing Arts centre on Thursday 17th, Friday 18th and Saturday 19th

After a two year hiatus Indie-Lincs International Film Festival is back for 2022. The festival will show 28 original, independent films from across the globe at Lincoln Performing Arts centre on Thursday 17th, Friday 18th and Saturday 19th February 2022. Indie-Lincs is now in its sixth year and enables both filmmakers and members of the public to watch films made by independent filmmakers.

At the heart of our festival is a love of quality, original, low-budget independent films. We want to show movies that can’t traditionally make it to mainstream cinema because they don’t have millions to spend on marketing, but they are professionally made and have unique and engaging stories.

One notable screening this year is by local filmmaker Philip Stevens whose feature length film Lapwing, which was shot on the Lincolnshire coastline, will be shown followed by a Q&A on Friday 18th February. Other feature film highlights include US documentary Born To Be an intimate portrait at Dr Jess Ting a leading transgender surgeon, and Who is James Payton? a film about the actor responsible for playing Frank Longbottom in the Harry Potter film franchise. Highlights in the short film category include chilling horror Once Familiar, and beautiful short animations Build Me Up and I am a Pebble from the UK and France.

The Covid-19 pandemic has shown the importance of films and the arts. Watching films has brought comfort to many people through this incredibly difficult period. Never has it been a more important time to support emerging filmmakers and artists. The beauty of our festival is that audiences can chat freely and socialise with filmmakers in a relaxed atmosphere and discover the magic behind the films we show. Our festival is built on an open and friendly atmosphere for all

During the festival, audiences can enjoy a selection of high-quality documentary, drama, and animated films, both short and feature length. The festival also includes filmmaker Q&A’s, networking events and an awards ceremony.
The festival is run by local filmmaker, and the Lincoln School of Film and Media Senior Lecturer, Dr Mikey Murray, with a team of volunteer coordinators. 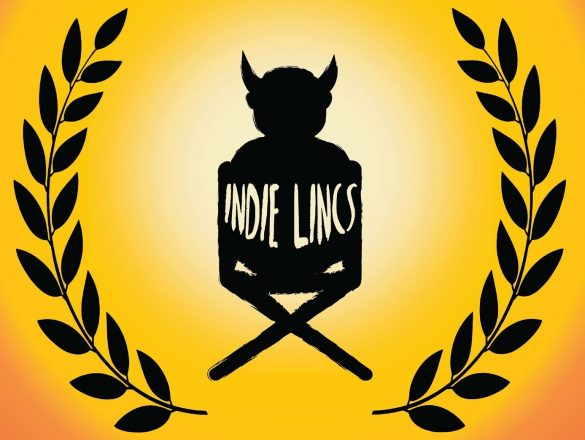 Indie-Lincs is a 'boutique' film festival that champions low and micro budget films, and filmmakers in Lincoln.