Following the success of Film Hub North's Creative Producers School in 2019, we've teamed up to offer Midlands based early-career producers the same opportunity to learn from Holly Carrington (Diploid Productions) and Barrington Paul Robinson (Redbag Pictures) both of whom are part of the 2020 BFI NETWORK Insight cohort.

Combining backgrounds in theatre, education, marketing and various areas of moving image work, our Creative Producers School cohort will spend the next few months honing their short film skills with guidance from Holly, Barrington, our BFI NETWORK team and a host of guest speakers. They'll attend sessions covering all areas of a producer's role - from project development to post-production, casting to exhibition strategy - before being introduced to local writers and directors as industry professionals ready to develop new slates of work across the region. Find out more about the Midlands cohort below and the Northern cohort here. 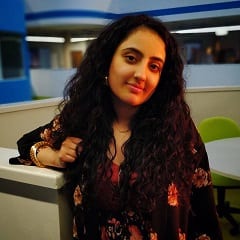 Daljinder works across production, marketing and journalism in addition to being a writer, publishing her fiction and essays in anthologies and magazines. She works with companies across the UK including the LGBT+ organisation Gaysians, in the vibrant Birmingham arts scene with Beatfreeks or making worldwide connections as an Assistant Managing Editor with the literary journal, Asymptote. However, her main aim is to platform the unconventional or unheard stories of others and has a particular passion for highlighting the diversity and creativity of the Midlands. 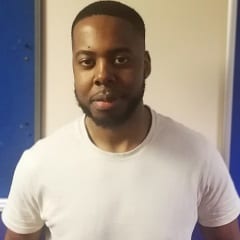 Duaine is film director and producer from Birmingham, who has been making shorts and feature films involving talent from the region to tell everyday stories- which aren't always shown from the city. His main genres of focus are drama, coming of age and mystery. To date, Duaine has self-funded all his projects but hopes in the future to come across opportunities to expand his vision within films and showcase the city of Birmingham and surrounding areas on an even wider scale. 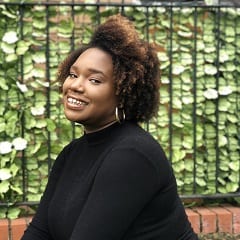 Funbi is a screenwriter, video essayist and freelance runner. Graduated from Royal Holloway, University of London, the 22-year-old Northampton native has worked with MTV to produce a social media advert and the production company ScreenNorthants as a Junior Assistant Production Manager. Funbi aims to make diverse riveting content and films. Now part of the BBC Children’s talent pool, she was also longlisted for the Script Angel Inclusion Scholarship. 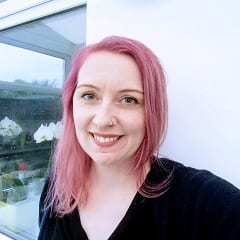 Kel Webster is a Nottingham-based producer with a special interest in untold stories from different perspectives. Having spent eight years working within live television broadcasting as a director/vision mixer she produced a couple award-winning shorts in between jobs. In 2019 she quit the day job to pursue her dreams and has since been working with the production teams of Sheffield based feature film “Everybody’s Talking About Jamie” and HETV “Peaky Blinders”. She is on the lookout for regional talent to work alongside and create shorts, TV dramas and feature films. 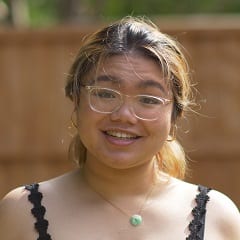 Kelly is a 21-year-old filmmaker and producer, born and raised in the Midlands. She recently graduated with a joint honours degree in mathematics and philosophy from Durham University where she began her filmmaking career. Alongside her studies, Kelly was assistant camera on a feature film, created micro-documentary content for social media, and helmed her own short film. She is excited to continue learning and working behind the camera to successfully bring new stories and perspectives to life. 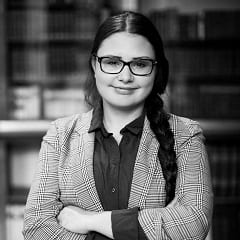 Lisa has a background in Education with a BA in Education Studies and a Masters in Inclusive Education. She is also a Global Leader for Young Children at the World Forum Foundation and Chair of ACERT the Advisory Council for the Education of Romany & other Travellers. She has worked as a freelance Creative Producer for Rural Media on a number of drama and documentary-based shorts exploring social issues. Through her current role as Youth Editor at Travellers’ Times Lisa supports young people through journalism, media and training programmes. 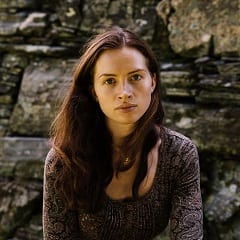 Lorna is a filmmaker from Birmingham. She was selected by Creative England as one of ten women for the inaugural Women in Screen 2019-2020 and for the 2019-2020 BFI x BAFTA Crew. She trained at Drama Centre London, winning a Laurence Olivier Bursary Award in her final year. Lorna produced award-winning experimental dance short, FIGURE, directed by Lanre Malaolu. She wrote and performed solo show, BUTTERFLIES, produced by Birmingham Repertory Theatre in 2018 and adapted for radio with BBC Sounds in 2019. Lorna recently directed and executive produced short film, NED & ME, with BFI NETWORK

Rosa is a performance artist and producer based in Coventry. Her most recent solo show, 'Composed' (★★★★ “spellbinding performance” - The Stage), toured the UK in 2019. She is currently working as a producer with The Lawnmowers Theatre Company as they develop their film 'Retake, Remake’.