Ah Cannes, that wonderful glamorous event which is all red carpets, celebrities, and partying on yachts! Whilst it is in a staggeringly beautiful location, for most film programmers the festival consists of many, many hours of queuing interspersed with watching as many films as you can fit into a day and running across town to various different screening rooms and cinemas. Luckily there was plenty to see across the official selections and market screenings this year and whilst my trip missed some of the big hitters (Loach, Tarantino, Boon Jong-Ho, Almodovar) I found plenty to enjoy and am hopeful that many of the titles from this years festival will resonate with audiences. 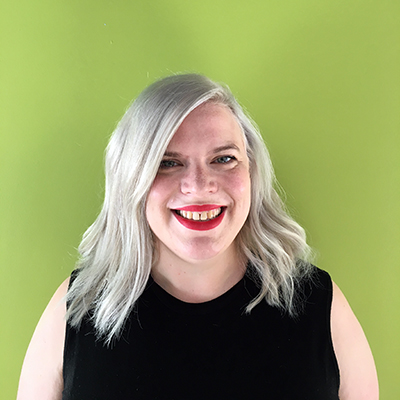 Winner of this year’s Screenplay award, PORTRAIT OF A LADY ON FIRE is a feverishly good film - all restraint and longing beautifully and thoughtfully directed by Sciamma. Set at the end of the 18th century Marianne (Noémie Merlant) is a portrait painter sent to a remote island in Brittany to paint the portrait of a young woman (Adèle Haenel) to send to her future husband. It is a romance yes, but also a wonderful depiction of female friendship and the literal and metaphorical interior lives of women carving out spaces for themselves in a world that offers them few options.

This film made me realise that I am at heart, an optimist. As a longtime Malick fan who has found it increasingly hard to enjoy his films, my decision to queue hours for this film was likened by a friend to going back to a bad boyfriend hoping that it will be like it was in the beginning again. A HIDDEN LIFE more than vindicated this decision, a truly overwhelming film about an Austrian conscientious objector during WWII. All of the Malick essentials are in place - voiceover, gorgeous vistas, a numbingly long runtime (173 mins) but it all coalesces to make a compelling story about belief, love, and integrity that lingers even after a packed festival schedule.

Mati Diop knocks it out of the park with her feature length debut which won the Grand prix award at this years festival. The film follows the lives of Senegalese young lovers Ada and Souleiman whose lives take drastic turns when Souleiman decides to set off to Spain via the sea after being duped out of his wages by a local businessman. Shot beautifully by cinematographer Claire Mathon (who also shot PORTRAIT OF A LADY ON FIRE) the film takes us on an unexpected journey that explores the human cost of oppression and the hope to be found when all seems lost. Here is to hoping that its Netflix acquisition still means that audiences will get to see it on the big screen.

Shot in academy ratio and on black and white 35 mm stock any worries this film would be all gimmick and no substance were quickly dispelled as you are pulled into its strange world. Robert Pattinson and Willem Dafoe star as the keepers of a light house in Nova Scotia, a place where time and reason quickly became irrelevant and the ever present ominous weather sets the mood. At once thrilling, funny, suspenseful and baffling, Robert Eggers more than follows up on the promise shown in THE WITCH and Pattinson yet again proves he is one of the most interesting actors working today.

A dark comedy about obsession, DEERSKIN was a real stand out mostly because is was just so damn enjoyable. The film is anchored by a completely game performance from Jean Dujardin (who hasn’t had such great material to stretch within since THE ARTIST) as Georges, a man down on his luck who finds a new zeal for life once he purchases his dream Deerskin jacket. The film also features a wonderful turn from star of this year’s festival Adèle Haenel as a woman who is drawn into Georges (and his jacket’s) world . The 77 min runtime keeps the story tight and the audience on its toes, it is a real delight from start to finish.