It’s been a great pleasure attending the Cinema Rediscovered festival for the first time.
As a David Lynch fan I couldn’t ask for more, the festival started with Lost Highway in new 4K restoration after being released over 24 years ago, with an introduction that David Lynch had prepared for us in his unique way. Starring Bill Pullman as saxophonist Fred Madison and Patricia Arquette as his stunning wife Renee, the film starts with the couple receiving video tapes containing footage of their house that will escalate to footage showing them asleep in their bed as the days pass. The couple called the police and two detectives arrived in their house, but they were not helpful. After that, the film starts its bizarre non-linear structure especially with the presence of the mystery man (Robert Blake). The film’s original score was composed by Angelo Badalamenti with additional music by Barry Adamson. Renzor produced the soundtrack album that includes songs by David Bowie, Lou Reed, Marilyn Manson, Rammstein and The Smashing Pumpkins that elevates the film and creates strong emotions. After the film Watershed had organised a party with live DJ Sheeba, inspired by Lynch. 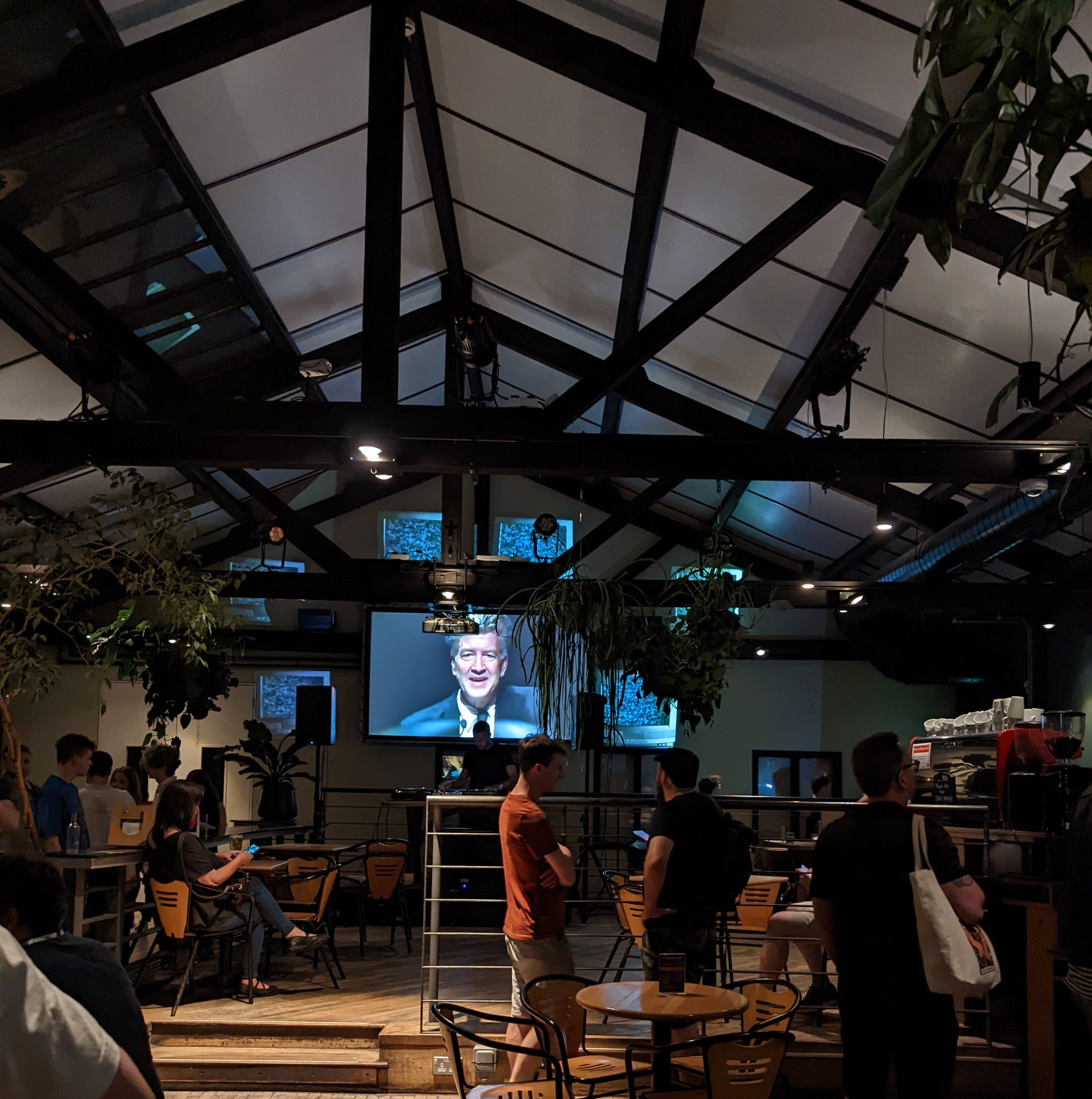 The second day started with a great discussion about Rewriting Film History (With the Women In It), followed by two Pre-Code Hollywood films Free Soul (1931) and Blonde Crazy (1931) and the Pre-Code Hollywood: Rules Are Made To Be Broken, at the discussion the curators Pamela Hutchinson and Christina Newland explained further their programming choices and the connection with the rest of the films in the festival’s programme.

Cinema Rediscovered Pre-Code Hollywood: Rules are Made to be Broken touring package includes five brilliant films and is now available for cinemas to book from Park Circus from August. The festival offers two more packages the Women’s Stories from Global South (&To Whom They Belong) and Europe Made Hollywood: From Sunrise to High Noon, to find out more about these rare opportunities please visit The Bigger Picture website.

My highlight of the festival was the film A Dessert for Constance (1980) by Sarah Maldoror. The story is about two Senegalese friends in Paris, Bokolo and Mamadou, who found accidentally a 19th-century cookbook which they fall in love with and read it daily. This book later on in the film will be proved particularly important, as they became experts on French cuisine and they decided to enter a cooking competition to help their friend who is sick in the hospital, hoping that they will win the big prize and send him back in Senegal to be with his mother. This hidden gem uses humour and kindness to cover the ugly reality about immigrants and racial inequality. Prior to the screening we were lucky enough to hear from Annouchka de Andrade, daughter of Sarah Maldoror about some aspects of her life and work.